What inspired this work? What themes and patterns emerge?

At the core is my longstanding response to the four seasons, so evident in Northeastern Ohio, especially along the southern shore of Lake Erie, where I grew up.

There were numerous occasions when the raw materials for art came directly from the land in unique areas near my childhood home. IN the third or fourth grade I wandered down to the shore after the spring thaw. There I saw an abundance of clay cascading down a cliff from above. The sandy beach had lots of flat rocks which could be used as supports for clay sculptures and dishes. I responded to the organic feel of the clay, in contrast to the lifeless plasticine we were given at school, which I did not like. I worked for hours. Finally realizing that I really wanted to fire the pieces I had made and knowing that I couldn't, I broke them up.

In the spring of the sixth grade I collected wildflower plants from the rich soil along the banks of Conneaut Creek and carried them to an antique horse trough, carved from a huge boulder, close to the top of a hill. It had a low, earthen wall about a third of the way around it. I remember looking at the colors, shapes and light and thinking that wildflowers would be beautiful there. So I planted them. The project as at a distance and down the hill from home, so it ended at twilight. School resumed and other things took over. But when I learned to spin and dye with natural materials, plants provided the colors and often the subjects.

In winter my brothers and I built tunnels and igloos in the snow. During recess at school I and others decorated discarded evergreens from the classrooms with snowballs stained with colors from our woolen mittens.

Living close to the lake we were treated to all kinds of light and atmospheric conditions - mist, fog, snow, rain - and sunrises and sunset. Winter sunsets were spectacular. And the lake itself, its patterned surface, and the patterns it left on the sand had an impact on me.

Finally, my use of the grid: It derives from the grid paper I sometimes use in planning a piece, but, more deeply, I think it stems from looking through window panes and observing buildings under construction. My father was a carpenter/contractor, whose small shop adjoined our house. His building supplies, including concrete blocks, bricks and cement forms were available to my brothers and me to create improvised structures as long as we returned what we borrowed.

What you see here is the sum of some formative early influences, refined and tempered by an extensive formal education in art, many years of teaching at all levels, much travel where art and architecture was the focus, and a lifetime of thought and reflection. 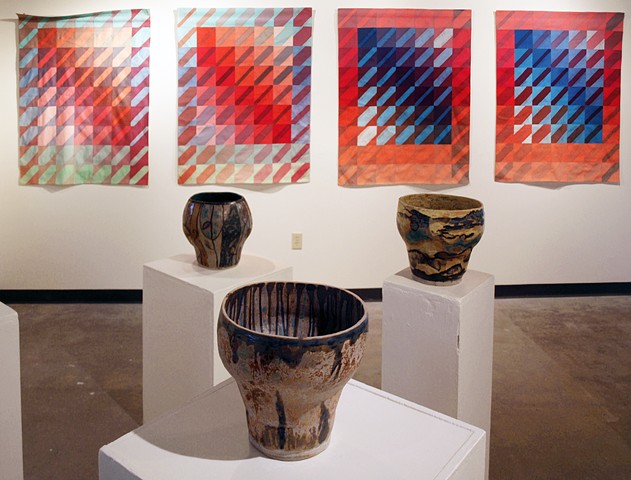 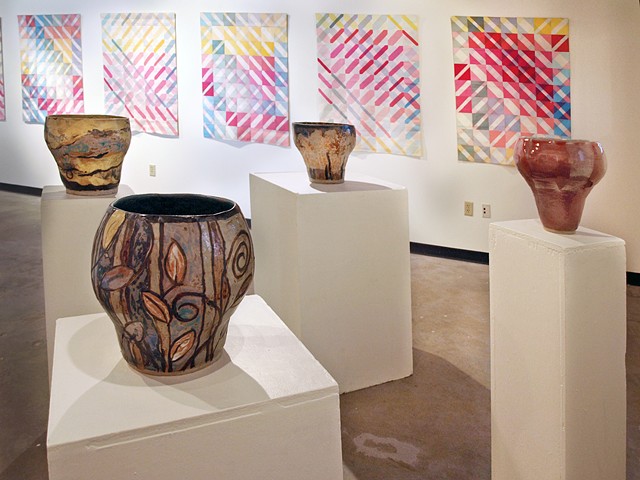 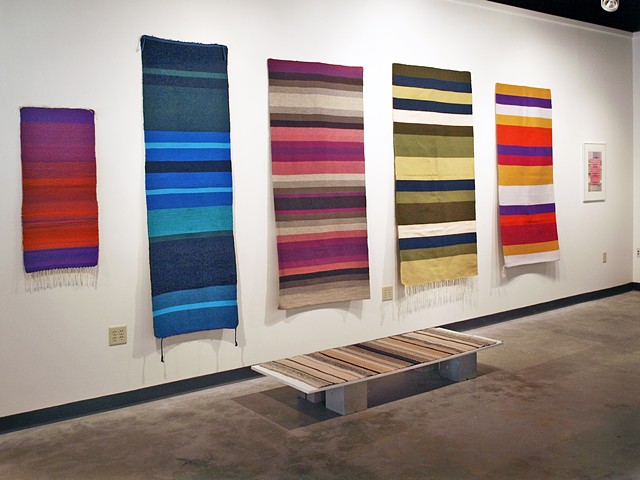 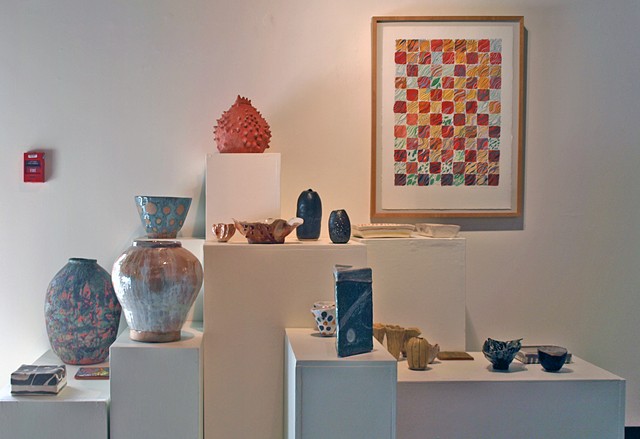 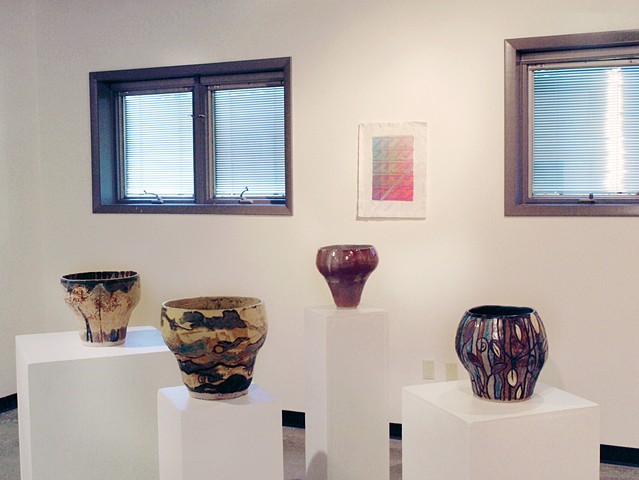 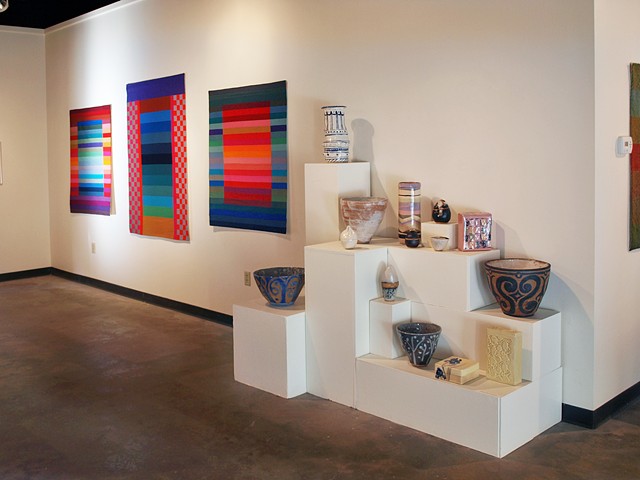 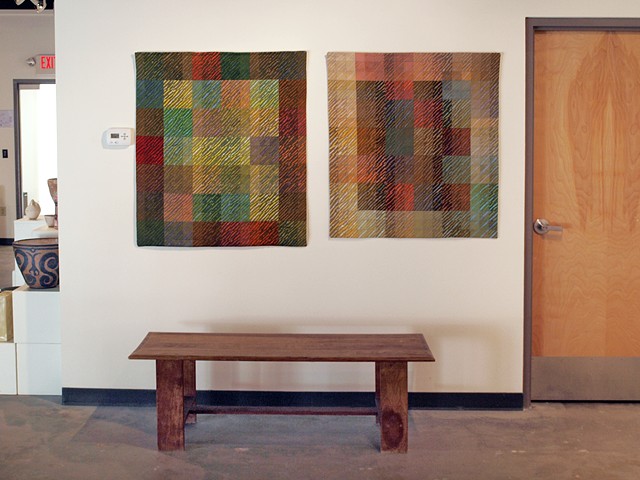 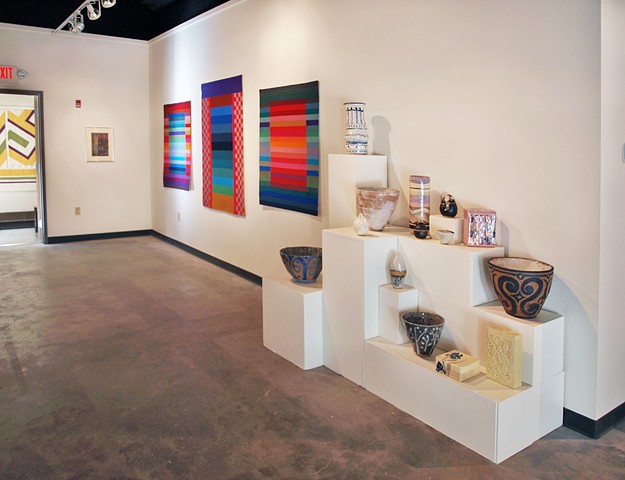 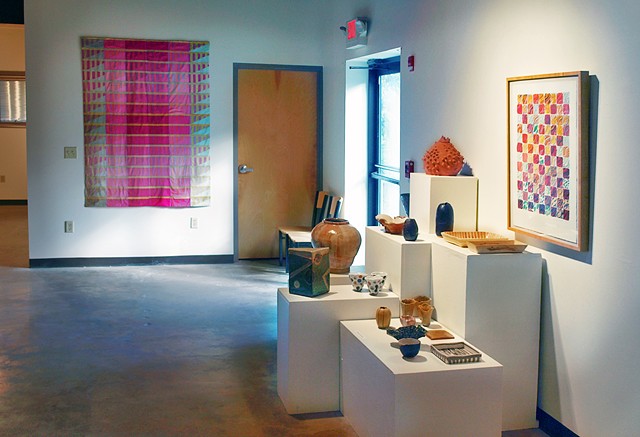 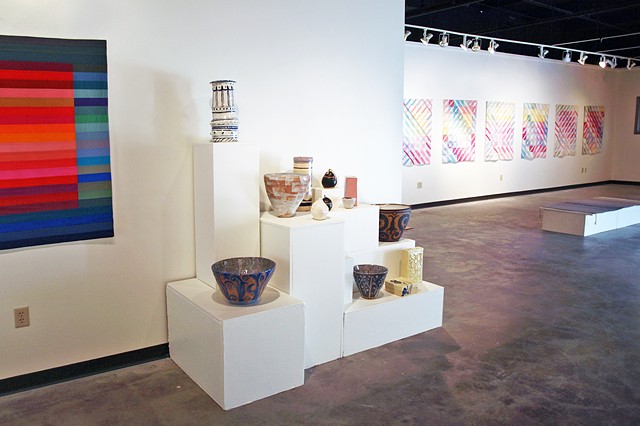 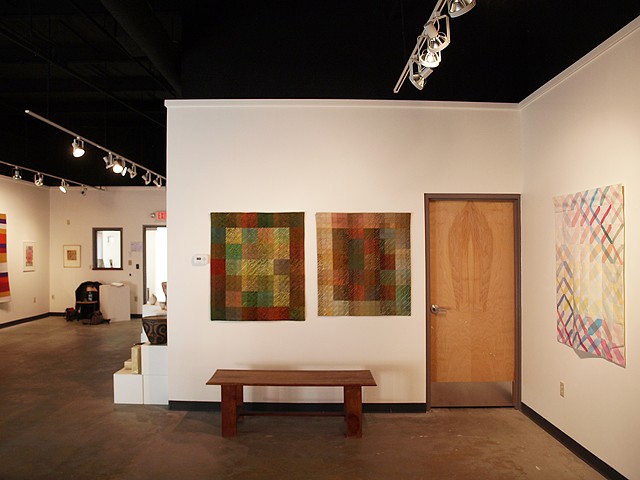 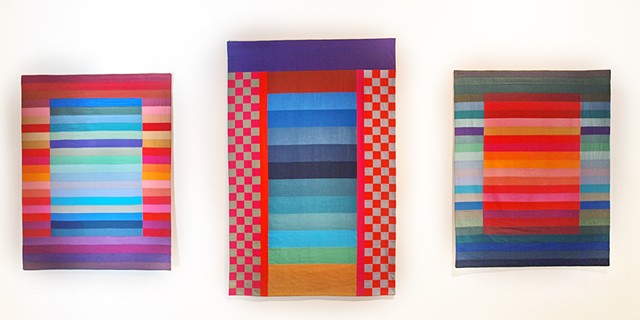 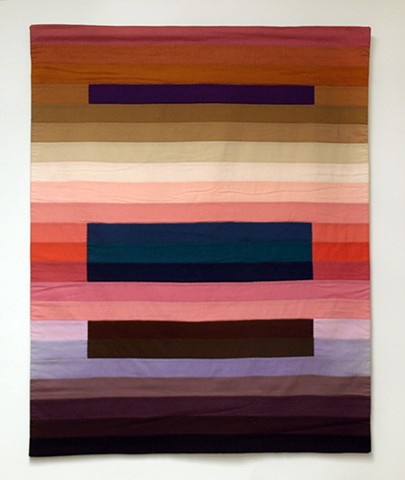 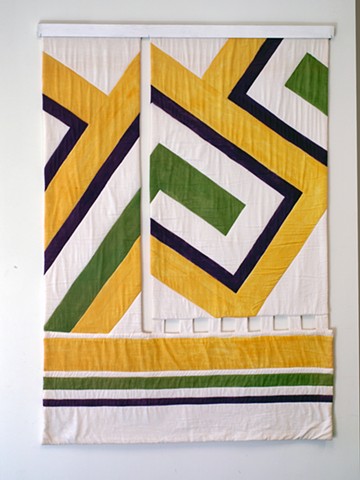 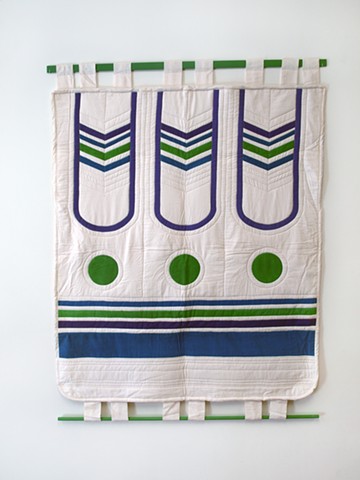 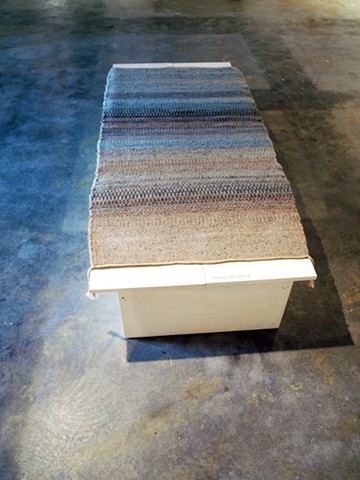 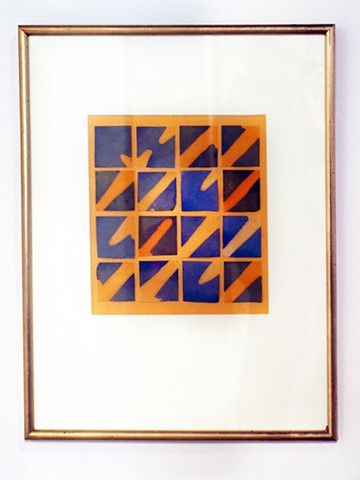 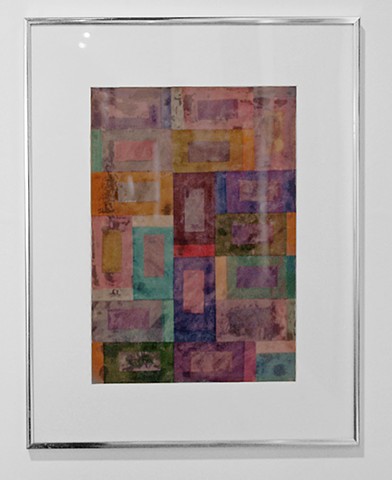 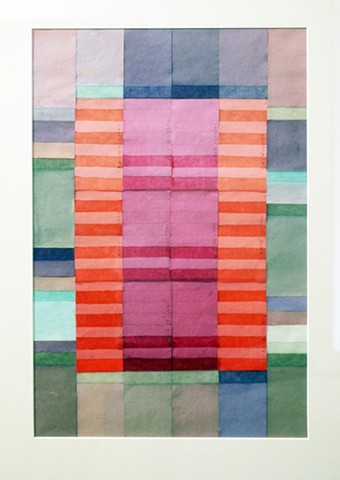 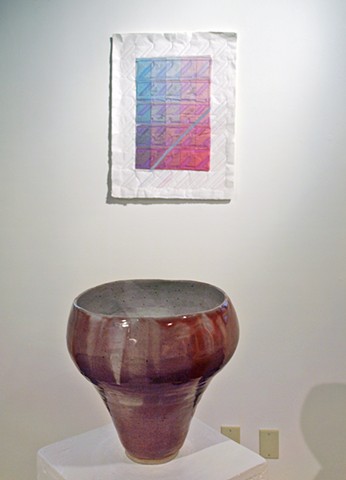 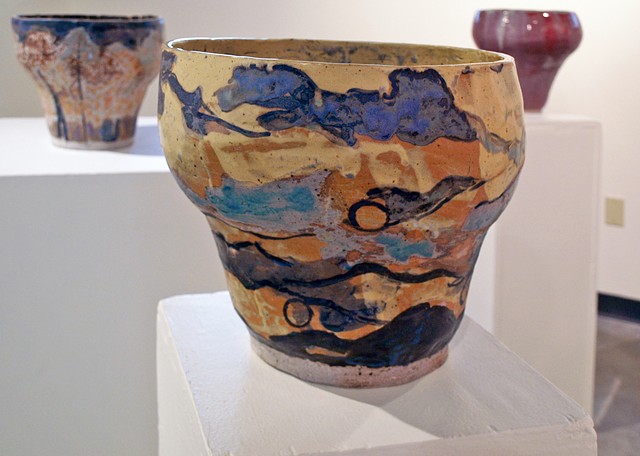 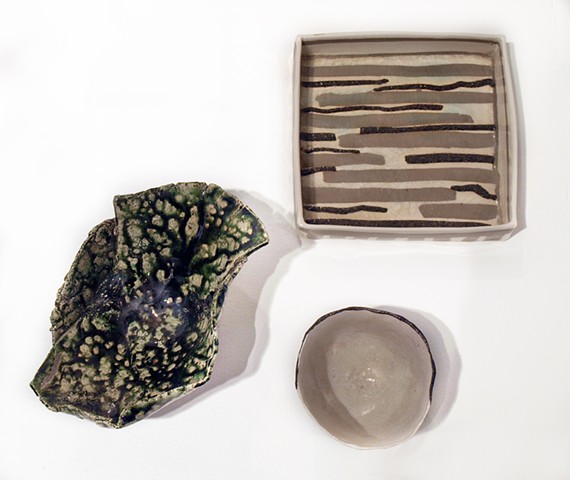 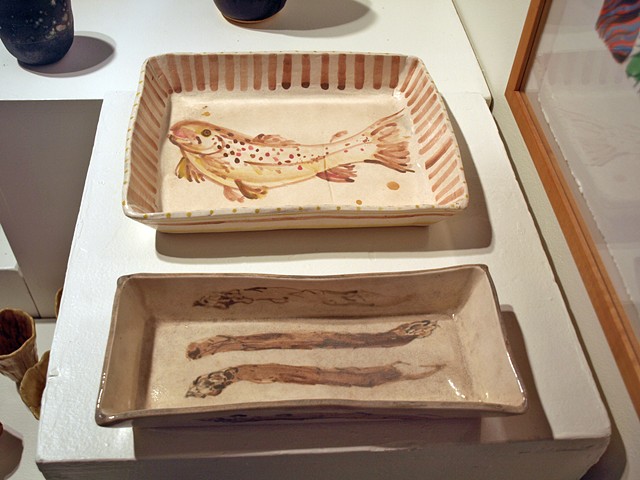 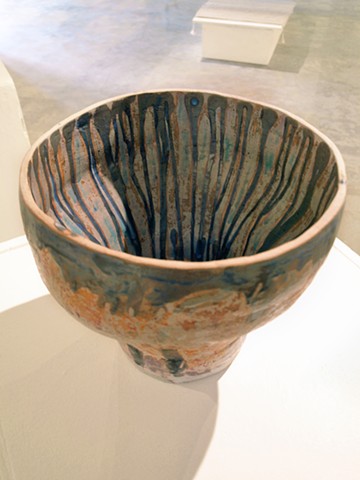 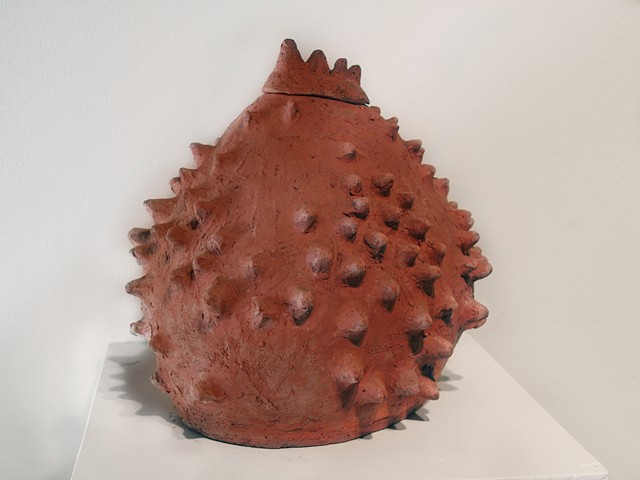 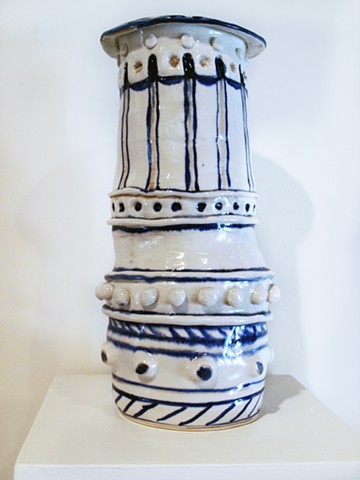